If your idea of a wedding involves throwing rice and eating a slice of white, three-tiered cake, you’ve got some catching up to do.

These days, guests blow bubbles or light sparklers instead of throwing rice. Trendy couples are getting married in barns and campgrounds, and they’re hiring food trucks for dinner and serving doughnuts for dessert.

And how did anyone get married before the internet? From Pinterest inspiration to emailed invites and hashtagged photos, everything but the “I do” can be digital.

We got input from more than 100 sources — including wedding planners, hotels and caterers, newlyweds and guests, websites, magazines and Mindy Weiss’ “The Wedding Book” — to compile the following look at what’s new in weddings.

Instead of a printed program, look for chalkboard signs telling you where to go, what to do and when.

Online certification and relaxed legal requirements for officiants in many states means it’s much easier for couples to have friends or relatives perform their ceremony instead of a minister or justice of the peace.

Why make a mess throwing rice? These days, newlyweds are feted by bubbles or sparklers distributed to guests beforehand.

Dogs are on planes, in stores and everywhere else, so why shouldn’t they walk down the aisle with their owners?

Couples are also inviting those nearest and dearest to join them at the altar regardless of gender. A bride can have a male friend by her side and a groom can have a female friend. Some even call them “bridesmen” and “groomsmaids.”

For Jewish weddings, the signing of the traditional marriage contract, called a ketubah, is now often as elaborate as the wedding ceremony. What used to be a private signing with a couple of witnesses might now involve speakers, photos and a contract that’s a commissioned work of art rather than a simple document.

Beaches and gardens have been popular alternatives to hotel ballrooms for a while. But venue options are getting even more rustic. Barns are a big trend, as are campgrounds where guests bunk for the weekend and line up for grub in the dining hall.

Anything goes as fun alternatives to staid seated dinners: wedding brunches, food trucks, vegan and gluten-free spreads, barbecues, cheese trays, oyster bars and sliders. Multicultural menus include make-your-own taco bars and sushi stations. And with guests wandering around nibbling this and that, assigned seats can be replaced by a mix of informal tables, chairs, stools, counters, sofas and picnic tables.

There’s also a “naked cake” craze — filling between the layers but no frosting!

Pity the baby boomers who had to plan their weddings back in the Stone Age.

Today’s couples need Pinterest, Instagram and Etsy for inspiration, the WeddingWire database for vendors and WeddingHappy for planning help. They may reject paper invitations in favor of emails. Directions, schedules and other FAQs can be found on personal wedding websites.

Digital registries are no longer limited to individual retailers. Amazon has a wedding registry, MyRegistry.com allows you to aggregate products from any number of retailers, and Zola offers a curated selection of products from various brands. Couples with enough towels and silverware might prefer donations toward a honeymoon via sites like GoFundMe or HoneyFund.com.

What’s that you’re mumbling about writing a check? Stop living in the 20th century!

Are you ready for the wedding video shot by drone? Or are you still trying to wrap your head around weddings that are live-streamed or Skyped for those who can’t be there in person?

And what’s that in the side of the wedding gown? A POCKET? Of course! The bride needs to keep her cellphone handy. Because if there were ever a day for selfies and Snapchat, this would be it.

Of course there are anti-cellphone couples too. They might ask guests to please put cellphones away to reduce distractions during the ceremony. This policy also prevents you from posting pics that aren’t as flattering as the ones shot and edited by a professional photographer.

Some brides may still toss the bouquet to all the single ladies, but many have tossed that tradition into the garbage.

Why We Do What We Do

Our Dream is Your Dream

Options for Your Ceremony Location

7 Types of Wedding Planners and What They Do

On the Lighter Side 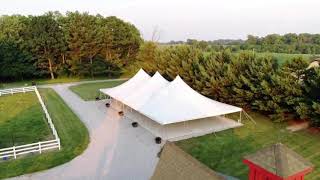 4 Reasons Why You Should Hire a Wedding Coordinator